Last week United Health Care (UHC), the country’s largest health insurance company, announced that it was considering leaving the health care exchanges set up under the Affordable Care Act (ACA). It claimed that it was losing money on the plans it offers in the exchange, so it might decide to give up this market.

The prospect of UHC leaving the exchanges naturally delighted foes of Obamacare. Many quickly celebrated this as the beginning of the end. If other insurers follow the lead of UHC, there may be no one left offering insurance in the exchanges. And if there are no exchanges, there is no Obamacare. People would no longer be guaranteed the option to buy an insurance policy without regard to their health.

Before we join the death of Obamacare celebration there are a few questions worth asking. First, is UHC really losing money in all of the exchanges in which it is participating? Remember each of these state exchanges are treated as separate pools, with rates set based on the costs for treating people in the state. If UHC is pulling out of all the exchanges does that mean it is losing money in every single state? Presumably that would be the case, since it’s hard to see why UHC would be leaving a market in which it is making money. 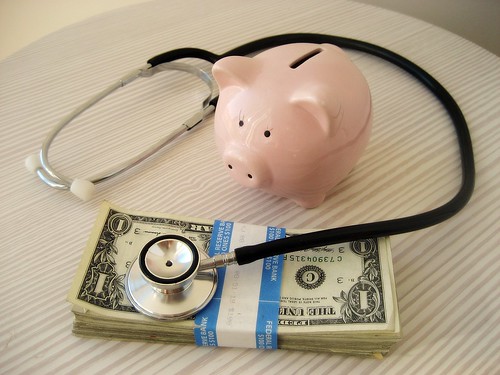 If UHC is losing money in all the exchanges it has entered, that would really say a great deal about the competence of UHC’s management. The day after UHC’s announcement, Aetna, another major insurer, announced that it was happy with the performance of its plans in the exchanges and that it has no intention of leaving this market. If Aetna can apparently make a profit in most of the exchanges and UHC can’t make money in any of them, then it doesn’t sound like UHC is run by a very good team.

That should make UHC shareholders very angry. Stephan Hemsley, the CEO of UHC, took home $66 million last year. For that sort of pay, it would be reasonable to think that he would be able to figure out how to make a profit in at least one of the state exchanges. Zero for fifty would be a pathetic track record even if Mr. Hemsley were getting just one percent of his current pay, or $660,000 a year.

Of course, there is another possibility. It may be the case that UHC actually is making money in most of the exchanges, just like its competitor Aetna. It may be claiming that it is losing money and threatening to leave the exchanges in the hope of getting more favorable regulation. Perhaps the threat of leaving the exchanges will persuade regulators to allow UHC to charge higher premiums. In that case, claiming to lose money could be a very sound business strategy.

Unless we can get access to the details of UHC books we may never know for sure whether the company is being run by incompetents or liars, but this situation does point to the value of one part of the original plan for the ACA that got left on the cutting room floor: the public option.

Suppose that there was a Medicare-run plan available in each of the exchanges. If people were unable to find a plan they liked from a private insurer, or their insurer left the market, as UHC is now threatening to do, they would be able to buy into the Medicare program. This would ensure that everyone would have at least one good option in the exchanges.

The insurers obviously hate the idea of having to compete with Medicare. That’s why the public option got killed when the plan was being debated by Congress. But we should all see UHC’s threats as a wake-up call reminding us of why we needed a public option in the first place.

Of course, we could do even better with a universal Medicare system, as Senator Bernie Sanders has proposed in his campaign for the Democratic presidential nomination. It certainly would have made far more sense to extend a large and overwhelmingly successful program to the whole population than to jury-rig a system as was done with the ACA.

But if politics prevents us from extending the same sort of health insurance coverage to the rest of the population that we now give to those over age 65, we should at least be able to give people the option to buy into Medicare. After all, if the private insurers don’t want to provide insurance, why shouldn’t we let Medicare fill the gap?