Do we need organisational citizens?

As India celebrates her 69th Independence Day, I was reflecting on the role of her citizens. Who is a good citizen? What are the ideal citizenship behaviours, and what motivates people to demonstrate those behaviours?

In addition to being productive and earning your livelihood in a legal way, I guess a good citizen would be expected to obey the law, stand up for one’s rights (especially vote), demonstrate civic sense and be friendly and helpful towards co-citizens, especially those who are underprivileged and vulnerable. Surely, an ideal citizen should have the larger interest of the country and countrymen in her/his mind, and in some way promote that, or at best, not come in the way of the welfare and happiness of others. So what drives such behaviour? Pride in one’s country, and the desire for the country to be seen positively in the eyes of the others is one big driver. Sincere concern for the larger good, placing the larger national interest above self interest, and a belief that your behaviour can make a difference would be another strong motivator. And lastly, a little amount of altruism or the core goodness of humanity in each of us. Sadly, I feel we do not see enough of good citizenship behaviours. But why? In my opinion, two big factors play a role. First, a ‘scarcity mindset’ which makes people prioritise narrow self interest over others. But more importantly, there is nothing to positively reinforce such behaviour. Good citizenship behaviour doesn’t normally lead to success- in fact, citizens may see success coming in the way of ‘uncitizens’, or may wonder how will their actions ever be meaningful in the face of numerous others not behaving ‘citizenlike’. 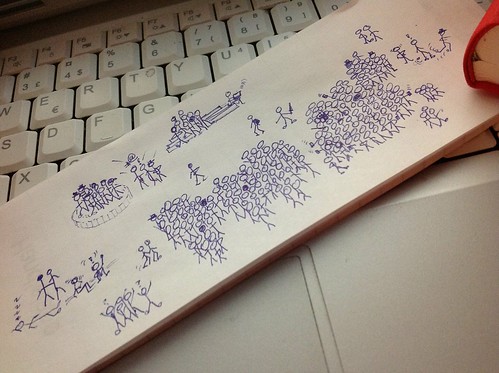 In this fast changing digital world, with silos disappearing rapidly and the power of ‘social ambassadorship’ increasing exponentially, I feel organisational citizenship may yet be an important behaviour that may make or mar organisations. How do we promote this? Organisations typically measure and reward people for their performance on their jobs- few organisations formally acknowledge such ‘extra-role’ behaviour and reward this. The challenge is further accentuated by the length of time people spend in a particular organisation, which is fast shrinking. In fact, the longer you intend to work in a particular place, the more citizenship behaviours you tend to demonstrate. With shorter tenures, this may take a hit. I think this is a big challenge for leaders and HR. How do we promote culture that values and engenders organisational citizenship behaviours? Role modelling such behaviours, recognising and rewarding such behaviours and making appraisals and assessments (if we do them at all) more holistic are probably key.

Would be happy to hear your thoughts- how do we get more real citizens in our country and in our organisations?